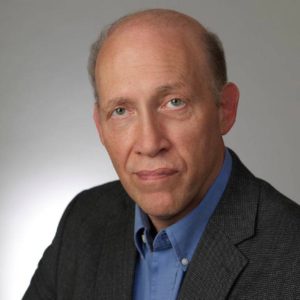 We all remember our high school yearbooks. In my graduating class there was a section for ambition, and I remember what I wrote. “Something in writing. This is a bad example.” The long road taken since has seen me work as a newspaper reporter and columnist, feature writer for magazines, college teacher of writing and journalism, media consultant, author of non-fiction books, and novelist.

My first book was Victims: The Orphans of Justice, a true story about a man whose eldest daughter was murdered by a criminal just released from penitentiary. It was a horrifying story that would lead to a weekly newspaper column in The Toronto Sun. Later, in addition to newspaper work, I wrote features for magazines. The subjects covered different fields, but high on the list were people, history and controversy. They included everything from the creation-evolution debate, an astronaut who despite having the credentials never made it into space, and the last interview ever done with Norwegian explorer Helga Ingstad. He is the man who in the 1960s discovered the 1,000-year-old Viking settlement in Newfoundland, and the interview took place at his home in Oslo when he was 100 years old.

Then came my novel Gift of the Bambino. It was a coming-of-age story about a young boy and his grandfather, and how the two of them are bound by baseball and Babe Ruth. Indeed, Ruth himself was a character in the book, and I have since become something of a Babe Ruth aficionado. Gift of the Bambino got positive reviews in The Globe and Mail, The Wall Street Journal, and elsewhere.

Duty – The Life of a Cop was a co-author exercise with Julian Fantino, former Chief of the Toronto Police and former Commissioner of the Ontario Provincial Police, about his extensive life in law enforcement.

My greatest passion as a writer is to delve into history – especially an event or period – and then extrapolate from that and tie it to contemporary characters who are living today or, at least, in the contemporary world. This was true with Gift of the Bambino, The Last Witness which is set in the year 2039 about the last living survivor of the Holocaust, and my newest novel QUMRAN, a thriller of the historical-biblical type. It’s about an archeologist who makes a dramatic discovery in the Holy Land.

Jerry Amernic is a Toronto author of fiction and non-fiction books. In doing his research for The Last Witness, he interviewed such people as noted Holocaust historian Sir Martin Gilbert, and met with real-life survivors who were children when they were liberated in 1945. Read More